A Message from USDA to Gardeners in New York 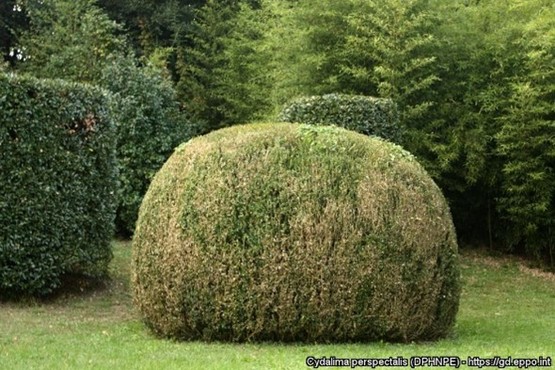 A New Invasive Pest May Be in New York

The U.S. Department of Agriculture (USDA) is responding to a significant plant health threat and needs your help. Please check your boxwood plants for the invasive and destructive box tree moth. During the spring, a number of U.S. nurseries received potentially infested Canadian boxwood plants. This invasive pest feeds on the plants’ leaves, and can cause complete defoliation, eventually killing the plant.

Many New York residents have already purchased and planted these boxwoods. If you bought one, you may have infested boxwood on your property. USDA wants to prevent the box tree moth from spreading and establishing itself in the state and beyond. 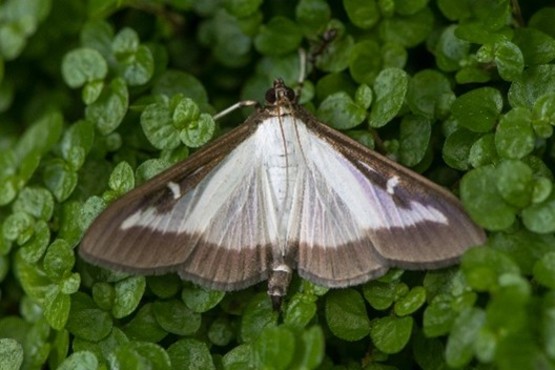 Here’s how you can help:

If you bought a boxwood plant during spring 2021, please inspect it for signs of the moth and report any findings to your local USDA office or State agriculture department. If State or Federal agriculture officials visit your home, please allow them to inspect your boxwood trees and place an insect trap. Box tree moths can produce several generations between June and October, so acting now is essential to prevent this pest from establishing itself in New York.

This is what you should look for: 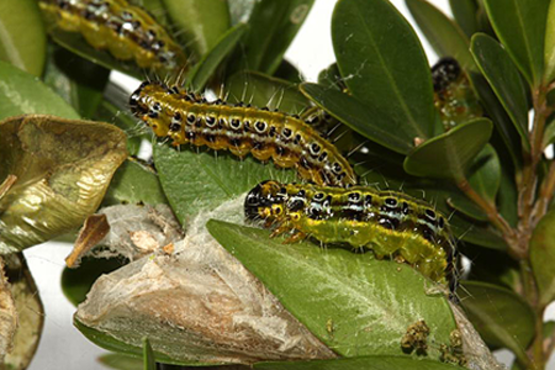 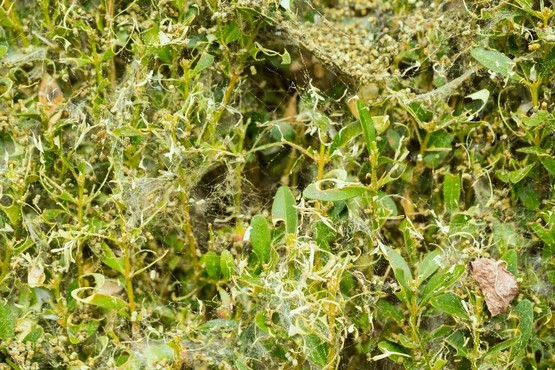 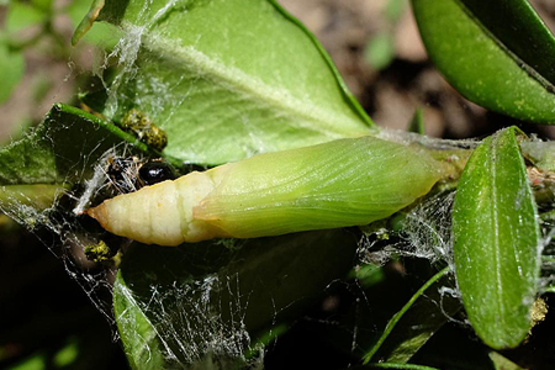 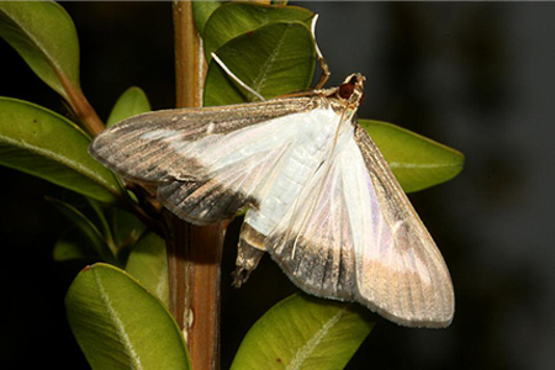 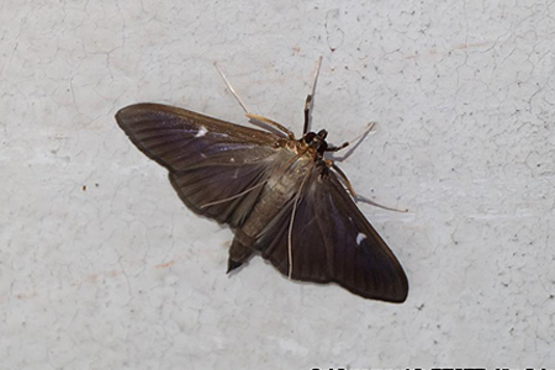 Egg mass under the leaves 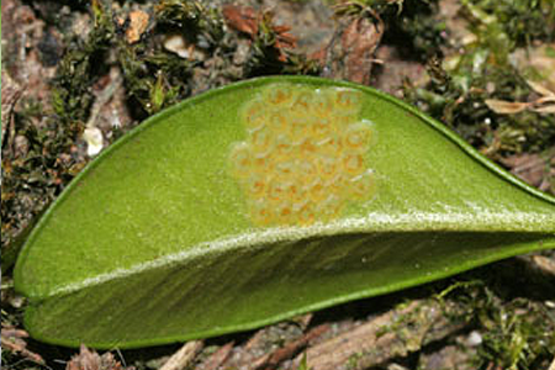 Report signs of infestation to:

For more information about the moth and boxwoods, or USDA’s response with State partners, visit: www.aphis.usda.gov/planthealth/box-tree-moth

The Importance of Boxwoods

Boxwoods are popular shrubs and are found all over the country. They make an excellent choice for hedges and topiaries.

Older boxwoods can hold great historical value, such as the 150-year-old boxwoods at the Carl Sandburg Home National Historic Site in North Carolina. Unfortunately, these plants were lost to boxwood blight. Many States have historical gardens containing boxwoods, which the box tree moth could devastate.

This pest threatens the thriving U.S. boxwood industry, as well as nurseries and other businesses that sell these plants wholesale and direct to consumers. Boxwoods have an estimated $141 million economic impact in the United States, according to one industry estimate.

About the Box Tree Moth

The box tree moth is native to East Asia. It has become a serious invasive pest in Europe, where it continues to spread. The caterpillars feed mostly on boxwood, and heavy infestations can defoliate host plants. Once the leaves are gone, larvae consume the bark, leading to girdling and plant death.

Females lay eggs singly or in clusters of 5 to more than 20 eggs in a gelatinous mass on the underside of boxwood leaves. Most females deposit more than 42 egg masses in their lifetime. They typically hatch within 4 to 6 days.

Pupae typically first appear in April or May and are present continuously through the summer and into the fall, depending on the local climate and timing of generations. Adults first emerge from the overwintering generation between April and July, depending on climate and temperature. Subsequent generations are active between June and October. Adults typically live for two weeks after emergence.

Box tree moths are highly mobile and are reported to be good fliers. Natural spread of this moth in Europe is about 3 to 6 miles per year. One analysis from Europe concluded that natural dispersal from continental Europe to the United Kingdom was possible, suggesting sustained adult flights of over 20 miles.

In response to the incident, USDA’s Animal and Plant Health Inspection Service (APHIS) issued a Federal Order on May 26, 2021, to halt the importation of host plants from Canada, including boxwood (Buxus species), Euonymus (Euonymus species), and holly (Ilex species).

In addition, APHIS is working closely with the affected States, including [New York], to:

Find and destroy the imported plants in the receiving facilities.

Provide box tree moth traps and lures for surveys in the receiving facilities and other locations that received potentially infected plants; and,

Fact Sheets are often shared between counties. Please contact your local Cooperative Extension for more information on this topic.