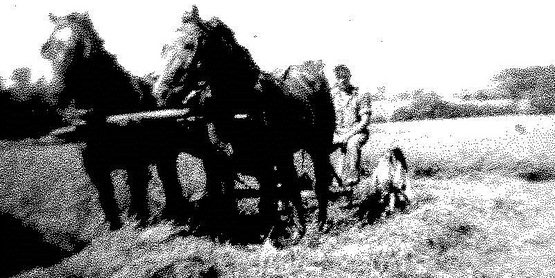 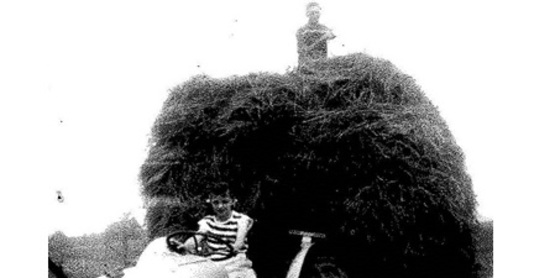 Lewis County Agriculture has had a long, proud history in the innovations and importance of agriculture and its impact on this county. From the beginning when this land was first settled till now farming has been a way of life in Lewis County. The land and the citizens of this county have been actively involved in farming since the 1800’s when settlers cleared the land and started growing crops and raising livestock for their needs and their neighbors. Since then agriculture has gone through rapid changes in practices and equipment that have allowed farmers to produce more and meet the needs of an increasing population in the county and cities that were within traveling distance. Many agriculture products have been produced or grown in Lewis County over the years from blackberries grown in the 1890’s to spruce gum produced by the Adirondack Spruce Gum Company of Port Leyden in the late 1880’s. Poultry farming and the growing of potatoes have also been part of Lewis County’s past agriculture history. Three mainstays of agriculture have survived the passage of time and continue to be of importance. Dairying, maple syrup production and forestry, including Christmas trees, have made a large impact on the countryside of Lewis County.

Several organizations have had an impact on the progress of agriculture in the county.In 1903 a “farmer’s institute” was held and this was the first recorded attempt to bring farmers together to pass on information to improve their methods of operation. From there in May, 1917 the New York State Food Supply Commission opened an office in Lowville, which was the beginning of Cooperative Extension (formally formed in 1918) and the Farm Bureau Association (which separated in 1955 to become their own organization). Both Associations had the role of providing up to date information to farmers and farm families on a variety of subject matters from cattle raising, improved methods of milk production to better improvement of crops and harvesting. The Home Bureau was organized in 1920 and eventually became part of Cooperative Extension and was known as the Home Economics Division covering various community projects, improved nutrition awareness and cooking skills, parenting and household needs. This division is now the Community and Family Education Program of Cooperative Extension.Both Cooperative Extension and Farm Bureau continue in their assigned roles today to provide relevant and up to date support and information for agriculture producers in Lewis County.

From the beginning of the roots of agriculture in Lewis County with the Native Americans, maple syrup has been significant in this county. The American Maple Museum is located in Croghan, which has been at the center of maple production since the Native Americans first discovered sap. Touring through this museum will give one an up close and interesting view of this important agriculture commodity in Lewis County. This commodity has undergone many changes since it was first marketed in the county from wooden taps and buckets to plastic tubing. Today you will find many different types of operations from steel buckets to tubing and various kinds of evaporators. No matter the method the end product is still “Lewis County Gold” and offers consumers an all-natural product to cook with or just have on your pancakes on Sunday morning. This industry has also undergone changes in it’s product development and not just maple syrup and maple sugar are made anymore but also maple jelly, sugar cakes, lollipops, jack wax and a variety of other products that include maple syrup as a main ingredient. Lewis County has always been the leader in the state for maple syrup production in the past and continues to hold that distinction now.

By far the largest impact of agriculture in Lewis County has been the dairy industry, with many notable events bringing attention to Lewis County. One such event was in 1915 at the San Francisco Exposition, a five and half-ton cheese was made under the direction of Horace A. Rees, a well-known cheese maker at that time in a factory located in West Martinsburg. This received much notice and press bringing recognition to Lewis County. Many individuals have put time and effort into enhancing the dairy industry in Lewis County. One of the first was Mr. Herbert E. Cook of Denmark who had a large influence on the beginning of modern dairy farming in the county by being the first to use a milking machine and lead the way with using a silo. In 1913, Mr. Cook and his family shipped from a plant on their farm the first bottled and certified milk from this county. Over the years there has been many transactions and changes within the dairy industry especially within the milk plants and the development of cheese manufacturing facilities. Farmers to help themselves with the transaction of marketing their milk formed various cooperatives. One such cooperative that was formed in 1936 and is still operating today is the Lowville Producers Dairy Co-operative. Today it is still providing an important service to dairy farmers in the county and provides a variety of cheeses for consumers to taste some products from the milk produced here in this county. Another co-op, which has a long history with Lewis County, is the Lowville Farmer’s Co-Op, which was started in 1920 and has provided goods and services to the farming community from that time period through today. While the dairy industry has undergone many changes in the past two hundred years the milk, produced here in Lewis County will always provided a high quality, all natural, nutritionally sound agriculture product for consumers to enjoy in a cup, as cheese, yogurt, cream cheese or any of the other many products produced with milk as an ingredient.

The Americans With Disabilities Act – If you are a person with a disability and require any auxiliary aids, services, or other accommodations for Extension program offerings, please contact Cornell Cooperative Extension Association of Lewis County at 376-5270 and we will discuss what accommodations are necessary.